While the equity markets continued to show a narrow quasi-lack of upside momentum, one can’t argue with the bull’s results. Clearly the markets were assisted by John Deere stock and its all-time high stock price, but also because US scheduled data was better than expected and indicative of growth. In fact, US existing home sales managed to reach the highest level since 2007 and the PMI readings have bested expectations and are sitting well into the growth zone which begins at 50.0.Global equity markets early this week were higher with gains ranging from 0.15% to as high as 2.25% in Germany. Strength in global equities are likely to be flowing from the emergency use authorization of plasma treatment in the US. In other slightly positive news, both American Airlines and Delta Air Lines have moved forward with novel efforts to clean/sanitize their planes in efforts that might give travelers more confidence.

Last week’s strength in the dollar appeared to be the result of soft European data, stronger than expected US PMI/existing home sales readings and perhaps because of statistics showing the US infection condition is showing signs of moderating. As of August 20th, states were posting increases in infection counts, 17 states were showing level infection counts and 25 states were showing declining infection counts and therefore some of the negative economic fear toward the US economy appears to be moderating. While the dollar has started off under some pressure this week, last week’s rally still echoes in the marketplace and may discourage some would be sellers.

Apparently, the gold market has not been undermined following higher global equities and progress on treatment for the coronavirus as prices were tracking positive in the early going this week. At the end of last week, gold ETF’s added 19,376 ounces for 5th straight day of additions, bringing their year to date purchases up to 25.7 million ounces. Unfortunately for silver bulls, silver ETF’s reduced their holdings by 4.4 million ounces on Friday and the daily changes in silver ETF holdings are becoming choppy and two-sided in what some say is a breaking down of the bull vibe! Last week gold ETF’s increased their holdings by 287,531 ounces, while the net silver ETF reduction on the week was 6.74 million ounces.

At this point we see the threat against US supply from the twin tropical storms as moderated with one storm expected to come on shore well ahead of the 2nd storm. However, the 1st storm is expected to make landfall as a category 2 storm so that leaves some uncertainty in place. It would also appear as if the storm landfall points have shifted toward the West which in turn has pushed back the landfall timing. While the track of the storms is unpredictable the westward shift and the lack of serious strengthening over the weekend should mean the 58% of Gulf coast shutdowns will be quickly spooled back up by late on Wednesday as the storms moves up into the Mississippi Valley. Nonetheless, a measure of risk sentiment remains in place from the storms and that has combined with a risk on mentality to put prices in a positive track to start out this week’s trading. 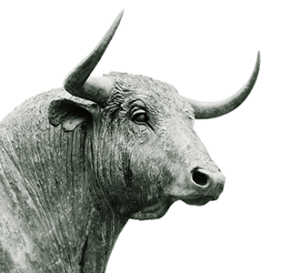 In our opinion, the bull camp is holding on to decreasing chances of a late hit to the crop from pockets of dryness and that, combined with very high historical good to excellent crop conditions suggests prices have adequately factored the uncertainty from the storm and have also partially factored in surging export demand. Some areas of the Midwest remain too dry and there has been little rain in the last seven days, and also little rain in the forecast for the next six days. However, the 6-10 day forecast shows above normal precipitation for all of the Midwest.

While the soybean fundamentals leave both US and world ending stocks ample, the potential loss in production for the state of Iowa could be enough to tighten ending corn stocks considerably from recent expectations. China imported 910,000 tonnes of corn in July, up 136.5% from last year. Cumulative corn imports this year reached 4.57 million tons, up 30.7% from last year’s pace. Dry weather in the northeast growing regions is threatening production at a time when demand is expanding from the hog and poultry feed industry. China has been buying hefty amounts of U.S. corn, which have gone some way to meeting its commitments under the phase one trade deal with America.

China imported 930,000 tonnes of wheat in July, up 325% from a year ago. This left year to date wheat imports at 4.28 million tonnes, up 116.3% from last year. Short covering has been a positive force for the wheat market recently, and the COT update shows fund traders still hold a hefty net short position. The upside may be limited by massive world wheat stocks, but some key exporters are having a difficult time with crop conditions. While the Argentina crop plantings are just finishing up, frost hit some of the wheat areas and this could cause some permanent damage. The new crop has already been suffering from drought-like conditions so the frost damage could be significant. Egypt imports are likely to drop this season from last year. Turkey is in the market to import 390,000 tonnes of red milling wheat in their recent tender. Syria is tendering for 200,000 tonnes of soft wheat from the EU or Black Sea region. December wheat was able to shake off early pressure on Friday and reach a new 2 1/2 week high, and the market managed to jump 25 1/2 cents for the week.

The hog market has seen a solid recovery rally off of the late June lows, and the buying has left the market slightly overbought. The sharp drop in pork cut-out value on Friday is a concern for the bulls but record monthly imports of pork from China for July is seen as a positive force. Cumulative US export sales for the year have reached 1,456,446 tonnes, up from 1,039,725 last year at this time and a record high. While slaughter last week was up 3.4% from a year ago, pork production was up 4.9% from last year and the market will need to absorb large weekly slaughters in the weeks ahead. China imported 430,000 tonnes of pork for July which was up 136% from a year ago. Cumulative imports for 2020 reached 2.56 million tons, up 156% from a year ago pace.

The Cattle on Feed Report was bearish against trade expectations, especially for the deferred contracts. July placements at 111.0% of last year were above the upper end of trade expectations ranging from 107.7% to 108.7%. Marketings came in at 99.4%, slightly below average expectations but within the expected range. This brought the August 1 on-feed number to 101.5% of last year, which was above the average estimate and above the expected range. These numbers were bearish across the board, as the lower marketings and higher on-feed number reflected larger than expected near term supply, while the higher placements number projected to higher supply in the future.

Cocoa continues to face pressure from global demand concerns that will not be fully soothed until most areas of the world has ended or sharply reduced their coronavirus restrictions. Improving global risk sentiment was able to fuel a significant turnaround last Friday, however, and that may help the cocoa market to regain lost ground. For the week, December cocoa finished with a loss of 45 points (down 1.8%) which was a second negative weekly result in a row. A sharp selloff in the Eurocurrency became a source of early pressure as a weaker currency makes it more difficult for Euro zone grinders to acquire near-term supplies. Fitch Solutions forecast a global production surplus of 100,000 tonnes this season and 53,000 tonnes during the 2020/21 season. Fitch also said that while global grindings will remain “weak”, they would recover from their current levels while global demand growth will come in at 2.5% versus global production growth of 2.2%.

Although the coffee market will start out this week well below the early August highs, coffee should be able to maintain an upside bias. December coffee was able to shake off heavy early losses Friday as it went on to post a moderate gain and for the week, December coffee finished with a gain of 3.35 cents (up 2.9%) which broke a 2-week losing streak. A more than 1% pullback in the Brazilian currency was a source of early pressure on the market as it encourages Brazil’s producers to market their near-term supply to foreign customers. However, a rebound in global risk sentiment helped to support. While there is dry weather forecast for Brazil’s Arabica-growing regions through the middle of next week, there are cool temperatures early this week in some areas.

The cotton market has found significant support from outside market forces recently, and the hot and dry weather in West Texas has added to the positive tone. The surge in the stock market and decent export news has added to the positive tone. Unless there is significant damage to the Delta crop, the weather this week looks mixed. The COT report shows a hefty net long position so it will be important to see positive news to extend the recent rally. December cotton managed to see a gain of 143 points for the week last week. The market had been encouraged by a fairly upbeat export sales report on Thursday that showed US cotton export sales for the week ending August 13 at 132,973 bales. This was up from 15,691 the previous week and was the highest weekly total since June 25. Export shipments totaled 421,533 bales for the week, the highest since April.

With an overbought condition basis the COT report, and the outlook for big supply ahead, sugar could turn lower at any time. China sugar imports for July reached just 310,000 tonnes, down 30% from last year. Cumulative imports for the year reached 1.56 million tonnes, up 4% from last year’s pace. For the week, October sugar finished with a loss of 27 ticks (down 2.1%) which broke a 3-week winning streak. Sluggish energy prices were a source of early pressure as they should keep Brazilian domestic ethanol demand subdued. In addition, a pullback in the Brazilian currency added pressure as it encourages Center-South mills to produce more sugar for export. Sugar has seen a multi-year trend towards higher consumption, but that has been slowed this year by the coronavirus. Thailand is expected to have a second season in a row with sugar production near multi-decade lows, and that has an outsized impact on the market as they have been a major exporter for years. Dry weather and beet disease issues have the EU looking at lower production as well for 2020/21.