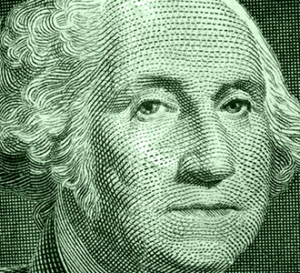 The U.S. dollar is lower. Some of the bears on the U.S. dollar are speculating that the Federal Reserve may loosen its approach to inflation, which could happen at its next policy meeting in September.

The U.S. dollar is likely to drift lower from current levels.

The euro currency is higher after a report showed the euro zone second quarter gross domestic product decreased 12.1% on a quarter to quarter basis, as expected, and was down 15.0% year to year as anticipated.

Stock index futures are holding up well despite the stalemate in Washington over a fresh round of economic stimulus.

Retail sales in July increased 1.2% when a gain of 2.0% was expected, and retail sales less autos were up 1.9% when an increase of 1.5% was anticipated.

July industrial production increased 3.0% as expected, and July capacity utilization was 70.6%, which compares to the predicted 70.3%.

The 9:00 central time June business inventories report is anticipated to show a 1.2% decline, and the 9:00 August consumer sentiment index is estimated to be 71.9.

The yield on 10-year Treasury notes fell to 0.691% from 0.714% on Thursday. Yields had increased for five straight trading days, boosted by government debt auctions including a $26 billion sale of 30-year bonds yesterday that was met with weak demand.

Interest rate market futures, especially at the short end of the curve are likely to be supported by ideas that major central banks, including the Federal Reserve, will keep interest rates low for an extended period.

Robert Kaplan of the Federal Reserve will speak at 9:00 central time.

The next Federal Open Market Committee meeting is scheduled for September 16. Financial futures markets are predicting there is a 92% probability that the FOMC will maintain its fed funds target rate at zero to 25 basis points.