La Nina conditions have started up their projected multi-month residency in the Pacific Ocean, just as new crop cycles are kicking off in the Americas, including corn and soybean planting in South America and wheat planting in the United States; when La Nina last showed up in late 2017, it made for extremely dry growing seasons in some of these regions, particularly in Argentina and the southern U.S. Plains, and farmers harvested very poor crops in early 2018.

Overnight trade has SRW Wheat down roughly 2 cents, HRW down 1; HRS Wheat down 1, Corn is down 2 cents; Soybeans unchanged;  Soymeal up $3.00, and Soyoil down 45 points.

U.S. Weather Forecast: The 6 to 10 day forecast for the Midwest continues with dry weather for the week across the region but, transitioning to seeing a front come through over the weekend and another front early next week. Rainfall amounts will be light to moderate and favor the northeast Midwest. Temps will be above average over the next 5 days but, with those fronts, temps will be falling to below average into early next week. The Southern Plains over the 6 to 10 day period sees little to no rains for most of the region. Temps will be average over the next 5 days falling to average in the west and below average in the east towards the later end of the 10 day period. The Delta has mainly dry weather to dominate most areas over the 6 to 10 day period

South America Weather Forecast: No major changes. The weather outlook in most production regions is unchanged; showers and a few thunderstorms are still expected in center west and center south Brazil over the near term which will begin to moisten the topsoil moisture a little; greater rainfall will be needed though to promote better flowering conditions.

Europe/Black Sea Region Forecast: The mid-day European model run reduced rain from Eastern Europe during the middle to latter part of next week. The changes in Europe shown this evening by the GFS model run and in the European model run at mid-day suggest changing trends and an end to chronic dryness that has been prevailing in many areas from France into Germany, but dryness is still prevailing through Oct. 8 in the far southeast of Europe and from eastern Ukraine into Kazakhstan. 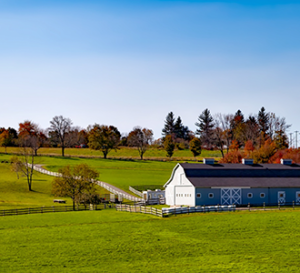 Manitoba crop report: Harvest completion sits at 70%, slightly ahead the three-year average of 68% at this time; repeated frosts coupled with warm daytime temperatures this past week have rapidly advanced soybean and corn crops, and desiccation is occurring on sunflowers; cereal harvest is nearly complete across the province, with wide ranging yields.

China should see a bumper grain harvest in the coming weeks because of good growing conditions and an increase in planted acreage, Minister of Agriculture and Rural Affairs said; the comments followed concerns that recent typhoons could reduce the output corn, which is already in tight supply; China’s corn crop is expected to fall by up to 10 million tonnes, or nearly 4%, from the latest government estimates after the storms hit the northeastern cornbelt, analysts said; expected production losses have pushed Chinese corn futures to a record high and stoked worries over supply shortages; Han did not specify which crops he was referring to but said the overall planted acreage of autumn grain had increased by 8% this year.

China’s early new crop sales of corn are described as chaotic, says analyst at StoneX; farmers are holding out for higher prices; he notes that some facilities in eastern China are bidding CNY2,100 a metric ton for the new crop, which is CNY200-CNY400 a metric ton higher than the same time last year, although they are below prices for corn from last season that are still available for sale; corn and barley imports into southern China are also picking up

U.S. pork exports to China have surged beyond pre-trade war levels, led by higher shipments from Brazil’s JBS SA and China’s WH Group Ltd, owner of Smithfield Foods, according to Panjiva, the research unit of S&P Global Market Intelligence; JBS may have shipped 370% more U.S. pork to China this year through Aug. 31 than at the same period in 2017, while exports linked to WH Group rose 90.1%; meanwhile, Springdale, Arkansas-based Tyson Foods Inc shipped 7.3% less pork to China compared to the same period in 2017.

Argentina, the world’s top exporter of processed soy, saw crushing volumes of the grain fall a sharp 20.6% year-on-year in August to 3.3 million tons, according to data from the South American country’s agriculture ministry; in the first eight months of the year, the country’s crushing plants processed a total of 25.9 million tons, 9% below the same period last year, according to the monthly government report released.

Argentina’s soy crushing volume is set to drop around 9.5% this year, the head of the CIARA-CEC grains exporting chamber said, important for both the global soy market and the country’s inflow of much-needed hard currency; the country, the world’s top exporter of processed soy meal and soy oil, had been impacted by “a high tax burden, the lower flow of grains and the volatility in the foreign exchange market; the country’s famed crushing plants, which dot the Parana River, would crush around 38 million tons of soy, versus what he said was 42 million tons in 2019; he said idle capacity currently was at 50%.

Euronext wheat rose to a five-month high on Tuesday as an Egyptian import tender helped to maintain strength in Russian prices while also showing several offers of French supplies; front-month December milling wheat was up 1.75 euros, or 0.9%, at 195.00 euros ($228.35) a ton; it earlier rose to 195.50 euros, its highest since April 23 and slightly above Monday’s five-month peak of 195 euros, though it again faced chart resistance around that level.

South Africa’s 2020 maize output is likely to be lower than previously expected due to the impact of late rains on the quality of the crop, according to a survey of estimates; the Crop Estimates Committee (CEC) is expected to forecast 2019/2020 maize production at 15.271 million tons, down 1.71% from the 15.537 million tons it forecast in August.

Indian farmers are expected to harvest a record 144.52 million tons of grains from summer-sown crops in the crop year to June 2021, the government said, against 143.38 million tons gathered in the previous year.

Egypt’s strategic reserves of wheat were sufficient to cover the country’s needs for 7 months, the supply ministry said on Tuesday following the government’s latest purchasing tender.