The July Chicago Federal Reserve national activity index was 1.18, which compares to the revised 5.33 last month.

Traders believe the Federal Reserve will do more to support the economy if required.

U.S. stock index futures are performing well for the news and continue to have upside momentum.

The U.S. dollar is lower, and the euro currency is higher.

Some of the bears on the greenback are speculating that the Federal Reserve may loosen its approach to inflation, which could happen at its next policy meeting in September.

The U.S. dollar is likely to trend lower.

The Australian dollar is higher despite the country’s treasury saying the unemployment rate in Australia could climb above 13%. 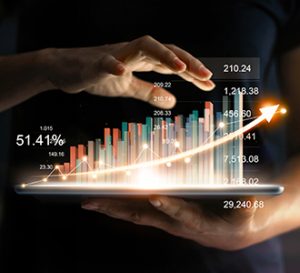 The Kansas City Federal Reserve will hold its 44th Annual Economic Policy Symposium later this week. “Navigating the Decade Ahead: Implications for Monetary Policy” is the theme.

Thursday is the first day of the two-day virtual event that will include international central bankers, Federal Reserve officials, academics and private sector economists participating via an online, live-streamed format.

Interest rate market futures, especially at the short end of the curve are likely to be supported by ideas that major central banks, including the Federal Reserve, will keep short term interest rates low for an extended period.