Malaysian palm oil prices were up 54 ringgit at 2,792 (basis November) at midsession on support from rival oils and, despite weak August export estimates.

U.S. Weather Forecast: The 6 to 10 day forecast for the Midwest has mixed ideas from the models with both seeing a system for later Monday into Wednesday. The GFS has light to moderate rains for southern MN, northeast IA, and southern WI, northern IL, and most of MI. The European model has light to moderate rains for all regions of the Midwest. Temps will be falling to below average by the weekend and the first half of next week. The 11 to 16 day outlook for the Midwest now has average to above average temps and below average precip for the region.

In Iowa, the top U.S. corn grower and No. 2 soy producer, the USDA rated 45% of the state’s corn as good to excellent, down from 50% a week earlier and down sharply from 73% at the start of the month.

It was a hot and dry week for the Crop Watch fields in the Western Corn Belt, and the unfavorable finish to August has nicked yield expectations for both corn and soybeans yet again in some of those states; September is expected to start with mostly seasonable temperatures, though the Western Belt is likely to continue the dry trend while eastern areas have better rain chances. Rain could still help later-planted crops, especially soybeans, but farmers would not want things to turn excessively wet, either, just ahead of harvest.

Wire story reports Chicago corn futures uncharacteristically rose throughout August as domestic harvest prospects have been shrinking and China continues to make large U.S. purchases; though when supplies fall, demand almost always follows suit; the U.S. Department of Agriculture has forecast very strong domestic corn use and exports over the next year, which makes sense as the latest outlook includes a record harvest; but after a long stretch of unfavorable weather across the heart of the Corn Belt, most industry participants think a record crop is off the table and that USDA’s next estimate due on Sept. 11 will reflect that.

The U.S. soybean crush is expected to have increased in July after three straight monthly decreases, rising to 5.491 million short tons, or 183.0 million bushels

The USDA is scheduled to release its monthly fats and oils report at 2 p.m. CDT. 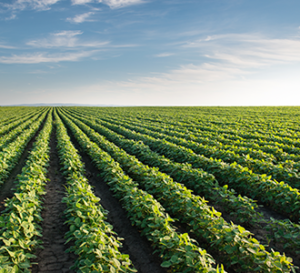 Canadian farmers are set to harvest the biggest wheat crop in seven years and slightly less canola, Statistics Canada said on Monday in its first production estimates; Statscan pegged the all-wheat harvest at 35.7 million tons, up from last year’s 32.3 million and slightly exceeding the average trade expectation; bigger wheat production was driven by a 39% jump in durum output.

China’s beef consumption has shown some resilience amid the sluggish economy resulting from Covid-19, Rabobank says; unlike pork and poultry, which had big price drops in 2Q, beef wholesale prices have stayed firmly above 4Q 2019 levels; beef producers have been shifting to selling through retail instead of food service channels as the price gap between beef and pork has narrowed significantly since 4Q 2019; with the further recovery of food service, Rabobank expects beef prices to increase in 2H.

China will auction 4,400 tons of frozen beef and mutton from state reserves on Sept. 3, the China Merchandise Reserve Management Center said; China has also sold more than 500,000 tons of pork from its reserves this year, to plug a huge meat supply gap after African swine fever outbreaks decimated its massive pig herd

China will auction another 20,000 tonnes of frozen pork from its state reserves on Sept. 4, the China Merchandise Reserve Management Center said

Brazil allowed a non-tariff quota for ethanol imports to expire on Monday, which will result in U.S. producers having to pay a 20% tariff unless the Brazilian government takes new action.

“The expiry date was today and nothing was decided, but that does not stop the government taking a decision in the next few days; the tax-free import quota was used entirely by U.S. corn ethanol producers and allowed 750 million liters per year into Brazil, mainly to the northeast of the country.

Ukraine has exported 7.05 million tons of grain so far in the 2020/21 July-June season compared to 8.76 million tons at the same point of the previous season, the economy ministry said on Monday; the volume is down due to a decline in corn sales to 570,000 from 1.85 million tons by the same date last season; wheat sales stood at 4.46 million tons, down from 4.82 million.

In France, the largest European producer, soft wheat harvesting has ended with estimates that the crop will fall about 25% year on year to about 29.5 million tons after autumn rain and a dry spring cut sowings and yields.

Germany’s 2020 crop of all wheat types will fall 5.1% from last year to 21.88 million tons, the agriculture ministry estimates. A fall had been expected after farmers reduced the area sowed.

Poland’s wheat harvest could increase by between 4% and 5% on the year to about 11.7 million to 11.8 million tons, said analysts Sparks Polska.

Soft wheat exports from the European Union and Britain in the 2020/21 season that started on July 1 totaled 2.47 million tons by Aug. 30, official EU data showed; that was 47% below the volume exported by the same week in the previous 2019/20 season

Soybean imports into the European Union and Britain in the 2020/21 season that started on July 1 totaled 2.57 million tons by Aug. 30, official EU data showed; that was 6% above the volume imported by the same week in the previous 2019/20 season

European wheat futures in Paris fell on Monday after hitting a six-week high, with chart resistance and a firm euro curbing support from a rally in U.S. grains; December milling wheat was down 1.00 euro, or 0.5%, at 185.50 euros ($221.78) a ton; it earlier hit 188 euros, its highest since July 17 and above a five-week high of 187 euros struck on Thursday.

Romania’s 2020 maize crop was affected by prolonged drought and could fall to as much as 40% on the year to 10.2 million tons, the agriculture ministry said.

Belarus has harvested 7.7 million tons of grain from 94.4% of the sown area as of Aug. 31, the agriculture ministry said; the yield averaged 3.72 tons per hectare compared with 3.12 tons a year earlier

Croatia is expected to bring in 809,000 tons of wheat in 2020, 2.4% more than a year earlier due to higher yields, the country’s statistical office said on Monday, citing early estimates