Chinese Ag futures (January) settled down 42 yuan in soybeans, down 8 in Corn, unchanged in Soymeal, down 146 in Soyoil, and down 148 in Palm Oil.

Wire story reports industry analysts are predicting a highly unlikely scenario when it comes to Sept. 1 supplies of U.S. corn and soybeans, which could set up a surprise when the U.S. Department of Agriculture publishes those numbers; the trade expects both Sept. 1 corn and soybean inventories, effectively ending stocks for the 2019-20 marketing year, to land within 0.2% of what USDA projected earlier this month; in the last 20 years, that has happened once for corn and never for soybeans; additionally, there are some influential demand items like feed and residual use that could skew supply levels for both crops, and they deserve a closer look before USDA’s report

U.S. Weather Forecast: The 6 to 10 day forecast for the Midwest has dry weather building into all of the region by Monday and persist through the rest of next week. Temps will continue to be running below average across the region. The Southern Plains over the 6 to 10 day period sees little to no rainfall with light rains possible in the eastern sections of the region. Temps will be running below average with some average temps in the far west.

South America Weather Forecast: The Brazilian growing regions has moderate rainfall for mostly Rio Grande do Sul in both the 5 and 6 to 10 day outlook with little in the way of rains for the rest of the growing areas. The Argentine growing regions will see light to moderate rainfall with 70% coverage over the next 5 days. The 6 to 10 day outlook has light rainfall in most areas with a better pick-up of precip for the southern growing areas.

Europe/Black Sea Region Forecast: Last evenings GFS model run along with previously model runs that Europe continues to point toward some seriously stormy weather conditions in Western Europe beginning Thursday and lasting through the weekend. Rain is still advertised to be significant in western Ukraine, southern Poland and northern Romania through early next week.  It remains too dry for much planting of winter crop from Russia’s Southern Region into Kazakhstan and from Ukrainian areas near Moldova through Bulgaria and including southeastern Romania; favorable summer crop harvest and winter crop planting conditions will occur in other areas; rain is seriously needed from the middle and lower Volga River Basin to western Kazakhstan and Russia’s Southern Region.

Deliveries were 54 Soymeal and ZERO Soyoil.

US ethanol inventories are expected to increase this week, says Terry Reilly of Futures International; the firm says that it expects ethanol inventories to rise 50,000 to 150,000 barrels this week, bringing the total back over 20M barrels for the first time in roughly a month; for traders watching for signs of economic recovery, an increase of inventory would suggest a stagnation in fuel demand–bad news for corn farmers looking for demand stemming from ethanol consumption to recover; however, daily ethanol production is also expected to grow, by 7,000 barrels from 906,000 barrels per day last week.

Senator Chuck Grassley from corn producer Iowa said on Tuesday he does not believe the Trump administration will make any further announcements on biofuel blending waivers for small refiners before November’s presidential election; Grassley added that President Donald Trump has already proven he supports ethanol after a move this month to deny scores of retroactive waiver requests that would have exempted refiners from blending laws for previous years.

Manitoba crop report: Harvest completion sits at 80%, ahead the three-year average of 73% at this time; temperatures have been highly variable across the entire province, with cold, windy days, interspersed by warm and calm; conditions have been favorable for a timely harvest, with good field access and fall fieldwork being completed; canola harvest is nearly complete, with soybean harvest underway; canola quality has been good, with average yields; soybean yields have been higher than expected in many areas, and have been a pleasant surprise to many; quality reports are good, with occasional late-season soybeans showing some green seed issues due to frost. 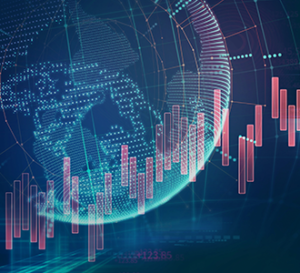 Ukraine, hit by the severe drought, plans to cut its area under winter wheat to 6.1 million hectares from around 6.7 million a year earlier, the economy ministry said; the ministry’s data showed farms had sown around 25% of the expected area as of Sept. 28 or 1.5 million hectares; the ministry gave no comparison.

Euronext wheat edged lower on Tuesday in step with Chicago prices as grain markets consolidated before widely followed U.S. stocks estimates; a sharp rise in the euro against the dollar also curbed trade on Euronext although tensions in the Russian market continued to underpin prices; benchmark December milling wheat settled down 1.0 euro or 0.5% at 192.25 euros ($225.72) a ton; the contract had fallen on Monday to an 11-day low of 191.00 euros; but it found chart support at that level to remain within sight of last week’s five-month high of 195.75 euros.

South Africa will likely harvest 15.422 million tons of maize in 2020, slightly lower than previous month’s estimate after late rains delayed deliveries, the government’s Crop Estimates Committee (CEC) said; giving its eighth production forecast for the 2020 crop, the CEC estimated that harvest would be 37% higher compared with 11.275 million tons harvested in the 2018/2019 season when yields were hurt by dry weather conditions; in August, the CEC pegged this year’s crop at 15.537 million tons.

Russia’s imminent entry into Algeria’s massive wheat import market may not mean much extra competition for now, but France and other European Union suppliers face a major threat from next season; the Algerian state grains agency OAIC has circulated modified tender terms showing a relaxed bug damage limit for high-protein milling wheat, removing a bar to cheaper Black Sea origins like Russian wheat; but high current prices in Russia, which already dominates the market in North Africa’s other major wheat importer Egypt, is seen limiting its immediate ambitions in Algeria.

Malaysia’s largest palm oil producing state of Sabah will allow one district to resume operations it had ordered closed for two weeks in a bid to rein in the coronavirus; authorities in the district of Kunak on the island of Borneo had ordered plantations, mills and refineries to shut from Tuesday until Oct. 12; but plantation giants such as Sime Darby Plantation and IOI Corp have estates in Kunak, and a two-week halt would delay harvesting and hurt output.