Malaysian palm oil prices were up 86 ringgit at 3,061 (basis December) at midsession following rival vegoils and set for their biggest weekly jump in five years.

U.S. Weather Forecast: A tropical disturbance in the southwestern Gulf of Mexico is becoming better organized and has recently been upgraded to Tropical Depression Twenty-Two. The system’s center is between the southern tip of Texas and the Yucatan Peninsula. The system’s movement will likely be slow and erratic the next several days as it meanders in the western Gulf of Mexico. Confidence is low of a direct landfall in southern Texas; however, it could get close enough early next week to promote significant bands of rain in the region, especially near the coast. The European Model suggests the system then moves towards the Delta after this.

The most significant precipitation in the second week of the outlook in last evening’s GFS model run was the increase in the Hard Red Winter Wheat Region, West Texas, and eastern half of New Mexico Sep. 30 – Oct. 2. The increase was due to a slow-moving upper-level weather disturbance and moisture from a tropical disturbance suggested near Baja California Sur.

For the week ended September 10th, U.S. All Wheat sales are running 7% ahead of a year ago, shipments up 4% with the USDA forecasting a 1% increase on the year.

For the week ended September 10th, U.S. Corn sales are running 136% ahead of a year ago, shipments 32% ahead with the USDA forecasting a 32% increase.

For the week ended September 10th, U.S. Soybean sales are running 189% ahead of a year ago, shipments 102% ahead with the USDA forecasting a 27% increase on the year.

U.S. President Donald Trump announced a new round of pandemic assistance to farmers of about $13 billion at a campaign rally in Wisconsin on Thursday night, delivering aid to an important sector in a crucial battleground state;

U.S. lawmakers from both sides of the aisle spoke out on Thursday against the potential use of Department of Agriculture funds to bail out refiners that are denied exemptions from the nation’s biofuel blending laws; Reuters reported on Wednesday that the Trump administration is considering at least $300 million in financial relief to refiners denied waivers from the U.S. Renewable Fuel Standard, requiring them to blend biofuels like ethanol into their fuel or purchase credits, for the 2019 compliance year; the money could come from funds within the USDA

Saskatchewan crop report: Farmers made significant harvest progress again this week; sixty-two per cent of the crop has been combined, up from 43 per cent last week and well ahead of the five-year (2015-2019) average of 48 per cent; an additional 27 per cent of the crop is swathed or ready to straight-cut; warm and dry weather is needed to continue drying down crops.

The number of wheat fields in northern Argentina that will not be harvested due to drought is growing as wider areas are being affected by lack of moisture, the Buenos Aires Grains Exchange said; the Pampas grains belt, usually one of the most fertile areas of the world, has suffered from dryness since June; the exchange said about 12% of the 6.5 million hectares (16 million acres) planted in Argentina this year are in the northern part of the country, where the dryness is most acute. 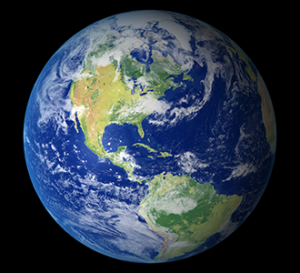 High soy prices are expected to support planting in Argentina this season, but that will be balanced by dry weather, which is driving farmers across the Pampas grains belt to favor late-season corn, which also has attractive prices; Argentina is the world’s top exporter of soymeal livestock feed, used to fatten hogs and cattle from Europe to Southeast Asia; the grain, which is the country’s main cash crop, competes with corn for planting area in Argentina late in the year; corn planting starts in September, soy in October; but by waiting to plant corn in November and December, farmers are betting they can benefit from an increase in showers expected toward the end of the year; dryness has been an issue for Argentine wheat crops over recent months, prompting growers to be risk-averse as they make soy versus corn sowing decisions.

Ukraine has exported 10.33 million tons of grain so far in the July 2020-June 2021 season compared to 11.5 million tons at the same point during the previous season, the economy ministry said; the volume is down due to a decline in corn sales, to 612,000 tons from around 1.9 million tons by the same date last season; wheat sales stood at 7 million tons, almost the same volume as a year earlier.

Growth in demand for Indonesian palm oil this year will be driven by domestic consumption as exports drop amid the COVID-19 pandemic, according to the Indonesian Palm Oil Association; Indonesia, the world’s top palm oil producer, is expected to raise domestic consumption by a slight 1.2 percent year-on-year (yoy) to 15.8 million tons in 2020, Gapki data unveiled on Sept. 1 show; the growth will be entirely driven by the government’s 30 percent palm oil-mixed biodiesel (B30) program, which is expected to offset lower domestic demand for palm-oil based groceries, similar data reveal.