Yield expectations for the U.S. Crop Watch corn and soybeans declined after another mostly dry week. Much of the Corn Belt is in for an unseasonably hot and dry next few days, though crops in the eastern areas could benefit this weekend from tropical storm remnants; it is getting late for improvements to corn, but soybeans could still be fortified with additional rainfall over the next couple of weeks. Although it has been a very dry season for many producers, the crops have pulled off an adequate performance because of milder temperatures and a full tank of soil moisture at planting.

Chinese Ag futures (January) settled down 52 yuan in soybeans, down 2 in Corn, up 33 in Soymeal, up 26 in Soyoil, and unchanged in Palm Oil.

The 6 to 10 day forecast for the Midwest still has both models indicating fairly healthy rains to fall in all of the region; temps will run above average in most of the region for the week ahead as well as into the weekend and then will fall to below average as we work through the first half of next week and remain there for the rest of the week. 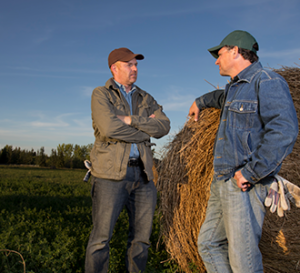 Traders expect crop condition ratings to fall sharply in the USDA’s weekly report, but more attention is on weather conditions; it’s the amount/location of rainfall which will then direct CBOT prices into the end of the week,” says AgResources; for instance, rain falling farther south and west than previously indicated “would be harmful to US corn/soybean yield potential into early September; the USDA weekly exports report this morning was a positive; the soybean and wheat inspection totals were better than expected and considered supportive.”

Total red meat supplies in freezers were up 1 percent from the previous month but down 15 percent from last year.

Frozen pork supplies were down slightly from the previous month and down 25 percent from last year.

U.S. frozen pork inventories fell in July to the lowest level for any month in nine years, the U.S. Agriculture Department said on Monday, even after meatpacking plants shut by COVID-19 came back online; the data coincided with China reporting a record volume of pork imports in July after an outbreak of African swine fever reduced its domestic supplies.

Senior U.S. and Chinese officials said they were committed to carrying out the phase-one trade accord between the two nations, the two governments said, after the two sides discussed the pact Monday evening U.S. time; the videoconference brought together U.S. Trade Representative Robert Lighthizer, Treasury Secretary Steven Mnuchin and Chinese Vice Premier Liu He for a formal review of the trade deal signed in January; the trade representative’s office released a one-paragraph summary of the talks, which it said included discussions of “significant increases” in the purchases of U.S. products by China; talks also reviewed steps Beijing had taken to protect American intellectual property and liberalize China’s market for financial services.

China’s grain inventory has been kept at a high level, with abundant government grain reserves and policy reserves, an official with the National Food and Strategic Reserves Administration said on Monday; the ratio of China’s grain inventory to consumption far exceeds the warning level designated by the Food and Agriculture Organization of the United Nations, and the stockpile of rice and wheat, two staple grains of the country, can feed the whole population for more than one year.

Russian wheat export prices steadied last week after a three-week long fall that had been triggered by pressure from the promising new crop; Russian wheat with 12.5% protein loading from Black Sea ports was at $202 a ton free on board (FOB) at the end of last week, up $1 from the week before, agriculture consultancy IKAR said in a note; Sovecon, another Moscow consultancy, pegged wheat at $199 per ton, down $1.

Kazakhstan will have 7.5-8.0 million tonnes of grain available for exports in the 2020/21 season; the Agriculture Minister said; the figure was based on an expected harvest of 18 million tons, up from 17.4 million tons last year.

Soft wheat exports from the European Union and Britain in the 2020/21 season that started on July 1 totaled 1.99 million tons by Aug. 23, official EU data showed; that was 47% below the volume exported by the same week in the 2019/20 season.

Soybean imports into the European Union and Britain in the 2020/21 season that started on July 1 totaled 2.23 million tons by Aug. 23, official EU data showed; that was 7% above the volume imported by the same point in the 2019/20 season.

Grain trade association Coceral on Monday lowered its forecast of grain maize production this year in the European Union and Britain to 64.6 million tons, from 66.8 million tons seen in its June report and 64.8 million in 2019.

For barley, Coceral reduced its forecast for the EU + UK output this year to 62.5 million tons from 63.4 million in June, still up from the 62.1 million tons harvested last year, due mainly to lower yields in France.

In oilseeds, Coceral raised its estimate of 2020 rapeseed production in the EU+UK to 17 million tons, from 16.5 million in June, as actual yields Germany, Poland and the Baltic countries were better than previously expected. It was now just above last year’s crop of 16.9 million tons

South Africa’s 2020 maize output estimate is likely to slightly fall compared with the previous forecast after wet weather conditions delayed deliveries; the Crop Estimates Committee, which will give its seventh production forecast on Thursday, is expected to peg the 2019/2020 season maize output at 15.386 million tons, down 1% from the 15.545 million tons it forecast in July.