China and the United States have agreed to hold trade talks “in the coming days” to evaluate the progress made on their Phase 1 trade deal at the six-month mark after it was reached in January, China’s commerce ministry said.

The 6 to 10 day forecast for the Midwest does see a front bringing light to moderate rainfall to 65% of the region favoring the north and east; temps are seen moving to average to above as we move into the weekend, next week.

A clearer picture of damage to crops in the path of last week’s derecho storm emerged on Wednesday, as crop scouts on an annual tour scrambled across blown over corn stalks and wind-battered soybean fields in Illinois and Iowa; Iowa officials on Tuesday warned much of the crop in the path of the Aug. 10 storm would not be harvested; some 14 million acres, or 57% of Iowa’s area planted, were impacted.

Argentina’s 2020/21 corn planting area is seen at 6.2 million hectares, below the historic 6.3 million planted in the previous cycle, due to dry weather in key producing areas, the Buenos Aires Grains Exchange said; its central agricultural region has suffered from a serious lack of rainfall since June; the bad weather has already negatively affected the development of recently-planted wheat 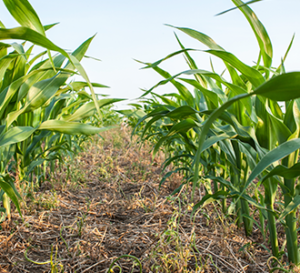 Euronext wheat traded narrowly mixed on Wednesday, consolidating after a rally in the past week as traders assessed a wheat purchase by Algeria; December milling wheat was up 0.25 euro, or 0.1%, at 181.00 euros ($215.44) a ton; on Monday, the contract had climbed to 182.50 euros, its highest since July 31; front-month September futures were down 0.8% at 181.50 euros, easing further from a three-week peak of 185.00 euros touched on Monday ahead of the expiry of September options.

Japan’s usage of corn in animal feed rose to 49.3% in June, compared with 49.2% in the same month of 2019, preliminary data from the Ministry of Agriculture, Forestry and Fisheries showed