U.S. stock index futures are higher, thanks to a flurry of multi-billion dollar deals on “merger Monday.”

Downtrend lines have been taken out in the past few days on the S&P 500 and the Dow futures charts.

Stock index futures are higher despite the receding likelihood of additional fiscal stimulus and ongoing tensions between Washington and Beijing.

Traders are awaiting the conclusion of the Federal Reserve’s two-day monetary policy meeting that starts tomorrow when the central bank is expected to hold interest rates steady.

I am expecting the statement from the FOMC on Wednesday will be dovish on balance.

The U.S. dollar index is lower, and the euro currency is higher.

The euro advanced on news that factory output across the eurozone continued to rebound in July, but at a slower pace than in the two previous months. The European Union’s statistics agency said industrial production in the 19 countries that share the euro was 4.1% higher in July than in June but was 7.7% lower than in the same month of 2019. This marked a slowdown from the 9.5% expansion that was recorded in June.

The British Pound opened the session marginally higher. The most important event this week will take place in the House of Commons starting today, when MPs will debate the PM’s proposed changes to the Withdrawal Agreement amendments.

The FOMC’s policy announcement on Wednesday is the major event for this week.

The FOMC will likely elaborate on its recently announced “average inflation targeting” framework. The Fed’s policy suggests it will seek inflation exceeding 2.0% for a period of time to offset recent inflation undershoots.

Financial futures markets are predicting there is a 96% probability that the FOMC will maintain its fed funds target rate at zero to 25 basis points. 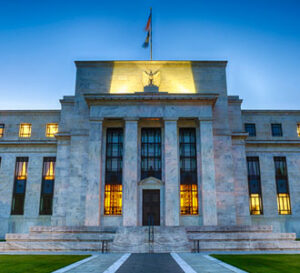